Best Switch for Your Network: Managed or Unmanaged? 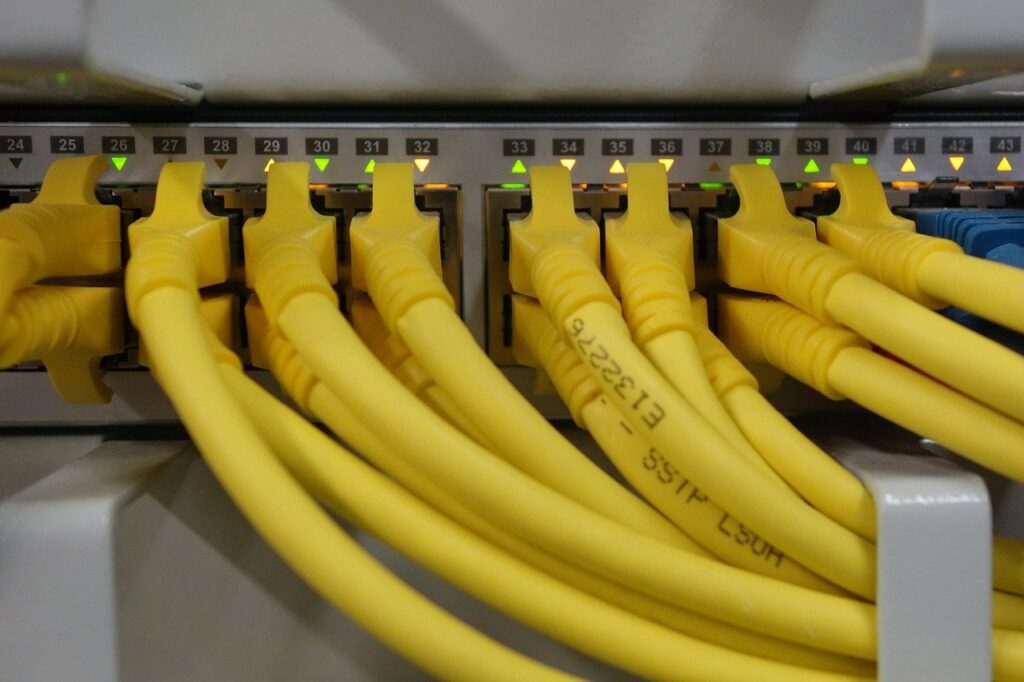 What Is a Managed Switch?

A managed switch is a network switch that can be configured, monitored, and controlled remotely. Managed switches are designed for use in enterprise networks and offer a variety of features not found in Unmanaged switches. These features allow network administrators to have granular control over how data flows.

Managed switches typically come with a built-in web interface or management console that can be accessed using a web browser. This interface allows admins to configure the various settings on the switch such as port speeds, VLANs, QoS, security features, etc. In addition to this, managed switches also support SNMP (Simple Network Management Protocol) which allows them to be remotely monitored and controlled via third-party tools such as Nagios and SolarWinds.

What Is an Unmanaged Switch?

An unmanaged switch is a type of Ethernet switch that does not require any configuration and can be used right out of the box. These switches are typically used in small home or office networks where there is no need for advanced features such as Quality of Service (QoS) or port trunking. Unmanaged switches are very easy to use and are a great way to expand your network without having to spend a lot of money.

One thing to keep in mind when using an unmanaged switch is that it will not automatically configure itself to work with your router or other devices on your network. This means that you will need to manually configure your IP address and other settings on each device that you want to connect to the switch. Additionally, because there is no management interface, you will not be able to monitor or troubleshoot the switch if there are any problems with it.

If you have a larger network or need more control over how your devices communicate, then you may want to consider using a managed switch instead.

Managed switches allow administrators to create network topologies that meet their needs. This is because managed switches give administrators more control over the configuration of each switch. This allows for a greater degree of customization when it comes to setting up networking solutions. In contrast, unmanaged switches do not offer this same level of control and flexibility.

Managed switches also offer superior performance monitoring capabilities when compared to unmanaged switches. This is due mainly to the fact that managed switches include sophisticated management software that gives administrators visibility into every aspect of network activity. This allows them to quickly identify and resolve any potential issues before they cause disruptions in service levels. Unmanaged switches, by contrast, do not offer this same level of visibility or control over network activity. As a result, they are much less effective at identifying and resolving potential performance problems.

Another key difference between managed and unmanaged switches is in the area of security. Managed switches include several features that allow administrators to secure network traffic and prevent unauthorized access to sensitive data. These features might include support for authentication protocols like RADIUS or TACACS+, as well as the ability to configure port-based access control lists (ACLs). Unmanaged switches, on the other hand, generally do not offer these same security features. As a result, they are much less effective at protecting network traffic from unauthorized access or tampering.

Finally, managed switches also tend to be more available than unmanaged switches. This is due largely to their implementation of sophisticated redundancy and failover mechanisms. For example, many managed switches support link aggregation technology that allows them to combine multiple physical links into a single logical link. This reduces the likelihood that a single point of failure will take down the entire network connection. Unmanaged switches typically do not support this type of redundancy, making them more vulnerable to outages and disruptions in service levels.

Managed switches also tend to be more expensive than their unmanaged counterparts. This is due largely to the extra features and functionality that they offer. For example, managed switches often include support for advanced network management capabilities, such as monitoring and reporting tools. These tools can help network administrators troubleshoot problems and identify potential areas of improvement. The additional cost of these features can make managed switches a less attractive option for small businesses or organizations with limited budgets.

Managed vs. Unmanaged Switches: Which Is Better for You?

There is this main difference is that Managed Switches offer more advanced features for configuring, monitoring, and controlling network traffic. Whereas Unmanaged Switches are much simpler devices that lack these capabilities.

The choice between managed and unmanaged switches may seem like a no-brainer at first glance. Unmanaged switches are typically cheaper and don’t require any configuration, while managed switches offer more features and control. However, there are several factors to consider before making your decision.

One of the most important factors is your network environment. If you have a very large or complex network, a managed switch will give you the ability to see and manage all of the traffic on your network. This can be extremely helpful in troubleshooting problems or identifying potential security threats. On the other hand, if you have a smaller or simpler network, an unmanaged switch may be all you need.

Another factor to consider is how much control you want over your network. With a managed switch, you can set up quality of service (QoS) rules to prioritize certain types of traffic, such as voice or video. You can also create virtual local area networks (VLANs) to segment your network into separate subnets for greater security and efficiency. If you don’t need these features, an unmanaged switch will likely suffice.

Finally, the cost is always a consideration when choosing networking equipment. Managed switches tend to be more expensive than unmanaged switches, but they also offer more features and flexibility. If cost is a primary concern, an unmanaged switch may be the best option for your needs. However, if performance and control are paramount, a managed switch is worth the investment.